Because the poets say the journey is more important than the destination, I started my trek near the Moulin Rouge on a peaceful day, and leisurely walked up hill in Paris, the City of Lights, towards my destination, the church of Sacre-Coeur. I stopped to make a picture of my beautiful backdrop. I wasn’t too far away from La Belle Équip, the restaurant where the unspeakable carnage took place last Friday. When I think that I could have been there, breathing in the sights and the sounds and the smells and out of nowhere been ambushed in a spray of gunfire is incomprehensible to me.

Last night there was to have been an international friendly soccer match between Germany and the Netherlands, in Hannover, a city that is a three hour drive from Cologne, where I live. While talking on the phone with my girlfriend, my son, a soccer fan if there ever was one, text messaged me that the game had been cancelled just 90 minutes before kick-off due to the discovery of a truck bomb disguised as an ambulance near football stadium. The stadium was evacuated and the players, under police protection, were escorted to a safe place. This was to have been a symbolic game showing solidarity for the French people; fundamentally
Liberté, Egalité, Fraternité.

Anxiety remains high across Europe. Our reaction to terrorism cannot only be seen in black or white. And so, in light of the cancellation of the game, my question for today is, how do we measure our security against our freedom? 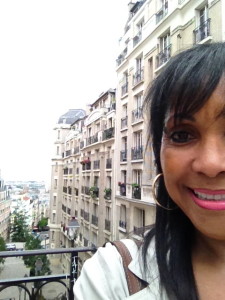