In recognition of Black History Month, the menopausebarbees are giving a nod to the life and contributions to the entertainment world from Ms. Esther Jones.

Have you ever heard of Esther Jones? Before researching for this post, I hadn’t.

Esther Jones (Baby Esther) was a black child singer and entertainer who lived in Chicago, Illinois. She was a trained dancer who used to perform at nightclubs in Harlem in the 1920s. In her act, Baby Esther would dance, make funny faces, roll her eyes, and interpolated words such as ” Boo-Boo-Boo “, ” Wha-Da-Da “,” Doo-Doo-Doo ” & ” Do-Do-De-Do-Ho-De-Wa-Da-De-Da ,” ” Boo-Did-Do-Doo ,” ” Lo-Di-De-Do ,” and would finish off her routine with a ” De-Do “. At the age of ten, Esther began touring Europe in 1929 and became the highest-paid child artist in the world. Her first appearance was at the Moulin Rouge. In Paris, Esther was known as the “Miniature Josephine Baker”.

Baby Esther was the inspiration for Betty Boop–one of the best-known and popular cartoon characters in the world. Though others–particularly a Helen Kane tried to claim in court that she originated the baby-like scat singing that Esther did–she lost the case.

There can only be one original.

Esther Jones’ singing trademark was “Boo-Boo-Boo and Doo-Doo-Doo” which went on to become an inspiration for Max Fleischer’s cartoon character’s voice of Betty Boop.

And if you didn’t know–now you know!

Peaceful weekend everybody. Keep in your thoughts and prayers those wracked and suffering from the devastating storms–especially in Texas. 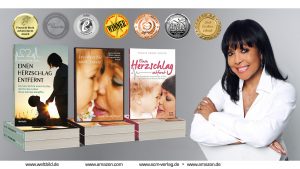